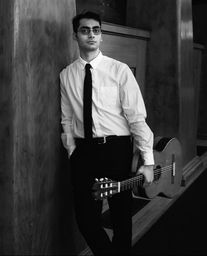 ​AKASH SAHA
Aakash Saha is a classical guitarist, composer and teacher based in Kolkata.
He has trained directly under legendary classical guitarist Denis Azabagic (Bosnia-USA).
Aakash is closely associated with the Indian Guitar Federation and the Asian Guitar Federation, which have enabled the formation of  guitar societies across the country.
Aakash has served as a music director for feature length and short films.
Aakash was one of the founders of Calcutta Classical Guitar Society and Artistic Director of the Calcutta International Classical Guitar Festival & Competition, 2010.
Association with ThinkArts
Akash has composed close to six beautiful original tracks for the youngest audiences for Into the Daydreaming - a ThinkArts production created under the direction of well known Swedish choreographer, Dalija Acin Thelander

ANTARA DEY
A visual artist, Antara practices painting, drawing, and mixed media artworks.  By manipulating the viewer to create confusion, Antara often creates pieces where thoughts that have just been developed are manifested, notes are made and then crossed out again, and ‘mistakes’ are repeated.
Her paintings never show the complete structure due to the contest of the division between the realm of imagination and the realm of experience, or reference. This results in the fact that the viewer can easily imagine their own interpretation without being hindered by the reality of the painting.
Association with ThinkArts -
Antara worked as the in-house designer for ThinkArts for 2017-18 and also coordinated several art engagement projects. In March 2018, she joined Teenage Trilogy Remix Kolkata, a project between ThinkArts and Curious Seed, Scotland as the visual artist for the project. 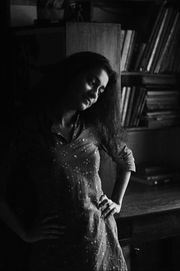 ​​AOPALA BANERJEE
Being trained in Indian classical dance Aopala Banerjee is also a Performance Artist.  She has interests and passion in multiple disciplines. Aopala has been one of the core organisers of the Kolkata International Performance Arts Festival.
Association with ThinkArts
According to Aopala, working with ThinkArts is one of her major experience as she was always keen on working for children specifically. Aopala has performed for Into the Daydreaming  too at Kolkata Centre for Creativity and ICCR. She mostly believes that to work for children is the most challenging thing and that there is a dearth of work for them.

KAVITA GUPTA
A professional artist and storyteller, Kavita has participated in workshops on physical theatre, object theatre, baby theatre and storytelling by various Indian and International artists. She regularly leads drama classes for children as an after school activity. She started Mirror Workshops for Children's Theatre in 2015 to create imaginative experiences for children using stories and drama.
Association with ThinkArts -
Kavita worked with us in the initial phases of Dreamscape, our sensorial exploration for toddlers. She has also led several sessions for children at our reading room, The ThinkArts Corner. She was part of a workshop at the International Sensory Lab led by Oily Cart, organised by the Rose Bruford College of Theatre & Performance. 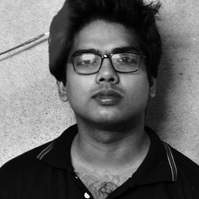 PAVEL PAUL
​Pavel Paul, has been practicing theatre for young audiences in a Kolkata based theatre group, Jhalapala, for the past seventeen years.  Pavel also takes keen interest in making illustrative books, animations for children and sharing his knowledge about stop motion animation, shadow puppetry and photography.
Association with Thinkarts –
“I get a broader space to explore and nurture my living with art. It is a new window, from where I can observe and relate myself with international art practice,” says Pavel who has worked and performed in Cooking Pot,  a unique theater performance for baby audiences, under our Theatre for Babies project in collaboration with Theatr Iolo, Cardiff and ThinkArts.
​ 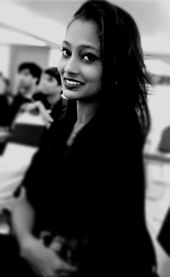 ​SABITA SHAW
Sabita is learning and teaching contemporary, ballet, jazz at Buoyant Performing Arts.
Sabita  has performed  at The Dance Bridges Festival in Human Ways , choreographed by Sourav Surekha in 2015. She also attended Afro-Contemporary & Jazz Residential Workshop by Janet Reed from US, performed in a site specific dance at the Bridges Festival, choreographed by Dom Van Huah in 2017. Sabita was part of a short film called Dance in Our Lives Directed by Sourav Surekha besides working on visual arts work mix with performing arts; a concept by Katja loher from Switzerland in 2018.
Association with ThinkArts
Sabita has been one of the key performers for Into the Daydreaming, a very special choreographic piece for babies and toddlers aged between 3 – 15 months and their care givers. The piece was conceptualised and created by the very well known choreographer Dalija Acin Thelander from Sweden. 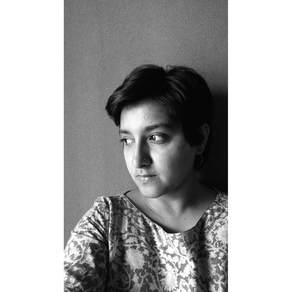 SA​NANDA MUKHOPADHYAYA
Sananda Mukhopadhyaya has directed two productions - ‘In the Cat House’ for The Prithvi Theatre Summertime Children’s Festival and ‘Khidki’ for the NCPA Centerstage festival. She has worked closely with Tram Arts Trust for the last 5 years, an Object Theatre company for whom she will direct her first baby theatre play later in the year.
She also runs her own enterprise titled Extensions which aims to create concept based learning experiences for children and adults using the arts.
Association with ThinkArts -
Sananda has worked on a production for baby audiences, under our Theatre for Babies project in collaboration with Theatr Iolo, Cardiff. In 2020, she participated in an international workshop at the 1st Baby Theatre Meeting by Beberica Theatre Company, Japan. 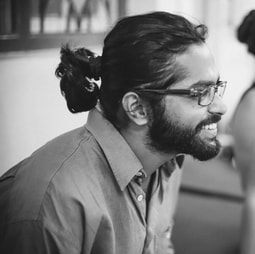 SANGRAM MUKHOPADHYAY
​A dance enthusiast who constantly believes in working towards devising a movement language which combines the essence of urban dancing and Indian Classical aesthetics. Sangram co- founded The Calcutta Waack Pack which is the first of its kind, club-style genre hailing from LA. Sangram is also the main choreographer of Takht, a cultural forum. Owing to these two polar affiliations, his movement is inclined towards making choreographic exploration on varied subjects outside the realm of style and genre.
Association with ThinkArts
Sangram is yet another key performer for Into the Daydreaming and has contributed significantly towards the success of the shows 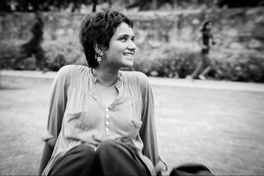 SANYUKTA SAHA
Sanyukta is an Applied Theatre practitioner and actor based out of Delhi, India. She is excited about the possibilities that making theatre and performance spaces create for people from diverse backgrounds, specially the young. With more than a decade of practice panning rural and urban India and briefly the UK, she has explored drama in education, therapy and community building with young people, educators, parents and arts practitioners.
Association with ThinkArts -
Sanyukta's first tryst with ThinkArts was in 2015 when she attended a month long workshop with Gill Robertson and Michael Sherin.  In 2017, she attended a three day workshop with Sarah and Kevin of Theatre Iolo, Cardiff, as a part of British Council's India-Wales projects.
Sanyukta's most recent collaboration with ThinkArts is in Kaath - the Indian version of Helios Theater's Woodbeat. The play premiered in Calcutta on the 6th of November and since then has played for toddlers in Calcutta and Delhi, including in September 2018.
​ 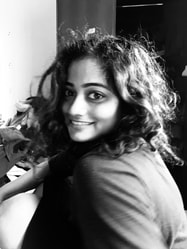 SATAKSHI NANDY
​Satakshi is a contemporary dancer and choreographer, movement artiste theatre performer and actor. She holds a diploma in Movement Arts from Attakkalari Center for Movement Arts, with a prior background in Kathak. Satakshi with time has carved a vocabulary that is inter-disciplinary in nature, by imbibing principles from Contemporary Dance, Physical Theatre, Folk Dance, Kalaripayattu, Sports tactics mainly boxing & other movement forms such as Parkour to be applied to movement, dance & performance. She collaborates with choreographers, movement-artistes, film-makes, theatre directors as a performer for various works. She also teaches movement and contemporary dance to movement enthusiasts among adults & children. 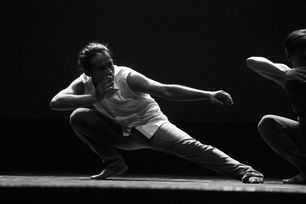 SAYAN DEBNATH
​Sayan has an experience of more than five years with Buoyant Performing Arts. He has prior experience with children with his short production based on childhood at ICCR in 2015. He has performed at the residency project Teenage Times Remix Kolkata by Curious Seed from Scotland very recently in 2018. He has spearheaded choreographic productios in schools and colleges. Few among them are Shakuntala (St. Xaviers), Five Elements (St. Xaviers), Women Power (Modern High School), Dance of the Gods (Birla High School).
This apart, he gained international exposure while working and performing at the Dance Bridges Festival in a production called Resonance, choreographed by Dam Van Huynh in 2015.
Association with ThinkArts
Sayan's association with ThinkArts has been continued and steady.  Into the Daydreaming - an artistic and social experience  for toddlers has added yet another feather to his cap.
​