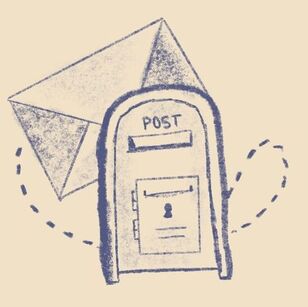 'Send a Postcard!’ is an initiative looking at sharing personalised glimpses into cities across India through the simplicity of a postcard. Kids from the age of 12 are invited to send us postcards sharing snippets of their experiences in their city!
Some prompts would include;

​- How would you introduce your city / town to a stranger?
- What if you had only a postcard to write / draw that introduction?
- What is it that you hold precious about where you live?
- What is that one special thing that you must write about?

Also do share your experience of sharing & discovering - we would love to include this on our website too!

​
​You can send us a postcard sharing your thoughts and experiences in your own city, and we will in turn send it to someone who lives in another city. By doing so, you will receive a handwritten postcard by an anonymous friend from anywhere in India! We will also scan your postcards for them to become part of a special virtual exhibition. Your postcards could be in English or any Indian language, and could include pictures, stories, narrations, doodles, recipes of local food, etc.

​The art of exchanging postcards date back to the 1860’s, but played important roles many throughout its course! For example, Approaching the First World War, 1,700,000 letters including many postcards were exchanged each day. Photographs were far less common in homes than they are today and even newspapers didn't use them much! Postcards were therefore an important way of receiving news. Sometimes postcards contained messages as simple as an,”I’m alive.” or “Things here are fine.”

Pre-printed cards with free postage:
French infantrymen in WWI were able to write and send news to their families free of charge, but what they wrote was monitored by the army. There were fields to complete to identify oneself without saying too much, and a postal division was used so that the enemy did not obtain information if the mail was stolen. These cards were given to the soldiers and were reviewed systematically by the officer in charge of the mail. Below is an example of correspondence from the army of the Republic.
​
Another kind of postcard that was sent often during this time were Unofficial military franking stamp cards which included: Any traditional card could be used as long as it said "Military franking" to ensure that it was shipped for free. Here's a card signed by a soldier named Salvage, complete with the military postal service's official stamp. It chronicles his activities and day-to-day life.

​All in all, Postcards are a wonderfully personalised means of exchange that has been somewhat lost in the last decade. Join us in this program to revive this art, while also making friends along the journey and learning exciting point-of-views from across the country!!